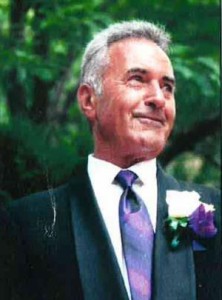 Michael Paul Prince, 64, of Denver, Colorado, formerly of Sioux City, passed away on Thursday, September 29, 2016 at his home in Denver after a six-month battle with lung cancer.

Services were held October 5, 2016 at Horan & McConaty Funeral Service in Lakewood, Colorado.  His body was then cremated.

Mike was born January 22, 1952 in Kingsley, Iowa.  He was the oldest child and the only son of Paul Arthur Prince and Connie Ann (Puttmann) Anderson.  He graduated from William C. Hinkley High School in Aurora, Colorado in 1970.

In 1972, he married Diane Shores.  Together they had two children: a son, Michael Paul Prince, Jr. (“Little Mike”) and a daughter, Marla Jean Prince.

Mike later married Marcia Lawrence.  Together they had one son, Mason Gary Prince, whom he lovingly referred to as “MG.”

Mike worked for several years for Frontier Airlines.  Most recently, he worked with his best friend of 40 years, Lee McGonigal, at L&M Construction. There, he was part owner for several years.

Mike was a die-hard Denver Broncos fan.  He also enjoyed baseball, and playing golf.  His favorite things to do were spending time with his family and camping in the mountains with his dog, Bailey.

A special thank you to his hospice nurses for making his last few days as comfortable as possible and allowing him to die at home with dignity — surrounded by those he loved the most.

He was preceded in death by his first wife, Diane; his parents, Paul and Connie, and his maternal uncles: Joe Gollhoffer; Randy, Max, and Bill Puttmann; and Stanley Puttmann, who was like a second father to him.