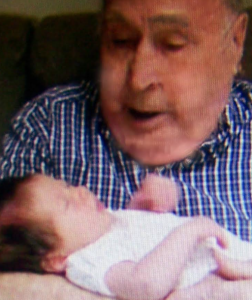 A memorial service is planned for a later date.

Howard  married Merrilyn J. Lyons of Moville on June 2, 1950. They were married for 65 years. Howard farmed several years in Moville, Iowa before moving to Omaha, Nebraska, where he retired as manager of Nebraska Tractor.

Howard and Merrilyn loved to travel, visiting all the states in America, including the Hawaiian Islands and Alaska, the Caribbean Islands, the Scandinavian countries, Russia, The Panama Canal, Great Britain and most of Western Europe.

They also enjoyed square dancing, and they started their own square dancing group called “The Sundance Squares”, dancing both locally and at all the National Conventions.

Howard was extremely talented in so many aspects of life. He will be dearly missed.

He is survived by his children, Craig Creekmur and Christie Awkal; a sister, Roberta Cox; a grandson, Ceith Creekmur, wife Alexis, and a great-granddaughter, Elliott (Ellie) Creekmur.