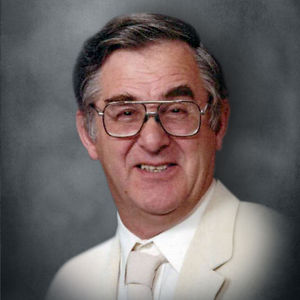 John Francis Klapp, 71, of Correctionville, went to his eternal reward the evening of Wednesday, May 17, 2017.

Services were held at 11 a.m. on Monday, May 22 at Holy Family Catholic Church in Mondamin, Iowa, with a luncheon and interment to follow in Odebolt, Iowa. Arrangements are under the direction of Fouts Funeral Home in Woodbine, Iowa.

He was raised in the Chicagoland and received his Bachelor’s degree in biology from Loyola University in Evanston, Illinois.

John served in the Vietnam War as a Staff Sergeant and artilleryman.

When returning from service, he studied chemistry at the University of North Dakota, where he met his bride and lifelong best friend, DeeAnn (Smith).

Throughout his life, he worked as an auto mechanic and electrician, taught high school science and volunteered in various community organizations.

He also had a passion for collecting antique automobiles, long family road trips and working on his cars with his children.

Although John was an avid enthusiast of classic cars and devouring books, his true calling was loving others and helping those in need. He was a devout Catholic and an ordained member of the Franciscan Order. John was active in supporting those recovering from addiction when he lived in Iowa and also on the Leech Lake Reservation in Minnesota.

He is survived by his sister, Charlotte Peterson, and his brother, Joseph Klapp. He will be remembered by his four children: Christopher Klapp, Rev. Anna Thoreson (Rev. Robert), Charlotte Czerny (Dillon), and Drew Klapp.

Preceding John in passing were his precious wife, Rev. Dr. DeeAnn, and his parents.