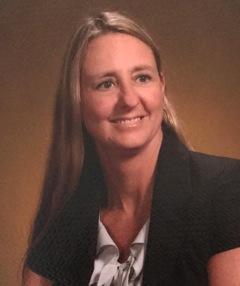 Leslie R. Walker, age 57, of Moville, passed away on Saturday, May 27, 2017 at her home of Moville surrounded by family after a four-year battle with cancer.

A funeral service was held on Wednesday, May 31, 2017 at 10:30 a.m. at the Trinity Lutheran Church of Sioux City with the Rev. R. Paul Johnston officiating.  Burial will be at the Arlington Cemetery of Moville.

The Nicklas D. Jensen Funeral Home of Moville is in charge of the arrangements.  Memorials may be directed to the June E. Nylen Patient Assistance Program and Hospice of Siouxland.  Online condolences can be made at nicklasdjensenfh.com.

Leslie Rae Walker — Wife, Mother, Sister, Aunt and Grammy — lost her four-year battle to cancer on May 27, 2017 at home, surrounded by family.

Leslie was born December 30, 1959 in Sioux City, Iowa to Don and JoAnn (Jensen) Cook.  She attended Hunt Grade School and North Junior High School in Sioux City, along with her brother Steve. She graduated from Sioux City North High School in 1978.  Upon graduation, she earned an Associate Degree from Briar Cliff College. She later went back to earn her Bachelor’s Degree as well.

Leslie was united in marriage to Doug Walker on January 16, 1982 at Trinity Lutheran Church in Sioux City.  To this union, two sons were born: Benjamin and Joseph. They raised their family in Moville, Iowa.

Leslie worked at Internal Medicine, as a secretary and Paralegal at Eidsmoe Law Firm, Western Bank and Trust, as a Paralegal at Rinehart Law Firm, as a Judicial Assistant in United States Federal Court System and as an assistant coach for several of Woodbury Central High School’s sports.

She was very active in the community and never said no when asked for help.

Leslie was an EMT for 20 years with the Moville Ambulance, a member of the American Business Women’s Association, a member of Twisted Sisters and Sioux City Quilt Guild, a board member of the Siouxland Humane Society, an ambassador for Race for Hope, and a member of the Meadows Country Club.

She started an annual Quilting Bee fundraiser for the Patient Assistance Program at June E. Nylen Cancer Center. She was voted Woman of the Year for the American Business Association.

She was a member of Trinity Lutheran Church where she was a part of the Vision and Mission Team, a past board member and was involved in many youth activities.

She enjoyed spending time with her family and friends, and spoiling her two granddaughters, Hailey and Quinn, who held a special place in Grammy’s heart.

She liked to quilt, golf, read, do photography, make pottery, garden and ride motorcycles.  She loved to travel, especially to the beach and also go camping and snowmobiling.

She enjoyed exercising and teaching fitness classes, bicycling, coaching and watching track and field.  She was always up to do anything adventurous and competitive.

She was preceded in death by her parents, Don and JoAnn Cook.