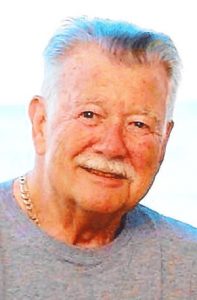 Services were held at 11 a.m. on Saturday, June 3 at  Kaniewski Funeral Home in South Bend. Online condolences may be left at www.kaniewski.com.

He was born on Sept. 8, 1935 in Correctionville to the late James and Farsina (Martin) King.

James was a veteran of the U.S. Navy. He was an RV enthusiast and loved to travel. James and Peggy spent many months during the years in Tucson, Arizona.
He was an active member of the Clay United Methodist Church, along with Holy Way Presbyterian Church in Tucson.

He was preceded in death by one sister, Janet Summers, and two brothers, Joseph and Jay King.