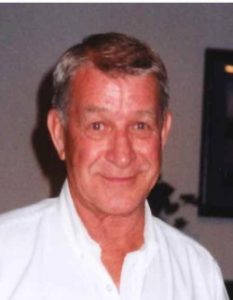 Services will be held at 2:00 p.m. on Wednesday, June 7, 2017 at Meyer Brothers Morningside Chapel with Chaplain Lorna Peters officiating. Private burial will be at Memorial Park Cemetery. Online condolences may be given at www.meyerbroschapels.com.

Chuck was born September 2, 1935 in Sioux City, the son of Oscar E. and Ruth Adelia (Conley) Powell. He attended elementary school in South Sioux City, Nebraska and graduated from Lawton High School in 1953.

The family farmed in Lawton from 1960-1984 and Chuck drove school bus and was the head of maintenance for the Lawton-Bronson School system from 1976-1997. Chuck also worked for the Floyd Softball Complex, retiring in 2007.

Chuck loved dancing, animals, tractor and truck pulls, watching Iowa State and Iowa sports on TV, tinkering in his garage and making people laugh, but his greatest love was spending time with his family.

He was a member of the Fraternal Order of the Eagles Aerie #3492 and the Morningside Mason Lodge. He will be greatly missed.

He was preceded in death by his parents and his brothers, Julian and Elvis Powell.