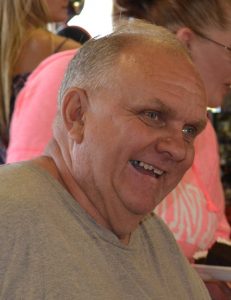 A funeral service was held on Saturday, June 3, 2017 at 10:00 a.m. at the Grace United Methodist Church of Correctionville with the Rev. Doresa K. Collogan officiating.  Burial was at the Cushing Cemetery of Cushing, with military rites conducted by the American Legion F. Roger Baumann Post #624 of Cushing.

The Nicklas D. Jensen Funeral Home of Correction-ville is in charge of the arrangements. Online condolences can be made at nicklasdjensenfh.com.

Randy Lewis was born July 2, 1951 to Everett and LaVonne (Henderson) Lewis.  He was raised on a family farm near Cushing.

He graduated from Cushing High School, where he was active in sports.  Upon graduation, he entered the Army National Guard and served for six years.

Randy can best be described as hard-working, kind, humble and honest.  He loved his children, grandchildren and family, and he never missed a moment to tell them that he loved them and was proud of them.

He was very dedicated to his work as a farmer early in his career and for the last 30 years at Simonsen’s in Quimby, but he loved his retirement.  He enjoyed golfing every day and watching the New York Yankees play baseball.

Randy was preceded in death by his father, Everett Lewis.