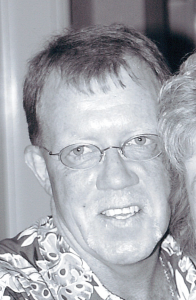 Donald D. Shever, age 58, of rural Correctionville, passed away on Saturday, June 24, 2017, at the Mercy Medical Center of Sioux City.

The Nicklas D. Jensen Funeral Home of Correctionville is in charge of arrangements.  Online condolences can be made at nicklasdjensen.com.

Donald D. Shever was born September 16, 1958 in Sioux City, Iowa to Darwin and Alice (Short) Shever. He grew up on a farm outside of Correctionville, which is where he grew to love the farming life and raising livestock, especially his cows and calves. He was a graduate of Eastwood Community School in 1977.

Shortly after high school, Don began raising hogs on a farm outside of Correctionville. He moved to Kansas City and was employed by Guys Potato Chip plant as a supervisor. He returned to Correctionville and started working for various trucking companies.

He had a passion for trucking, but due to health issues, he had to change his career path and took over his father’s farming and livestock business.

Don was united in marriage to Tanja Headley on July 8, 2006 at the Correctionville Methodist Church, where he was a member.

Don was preceded in death by his parents, Darwin and Alice Shever and a sister, Vicki (Shever) Buck.