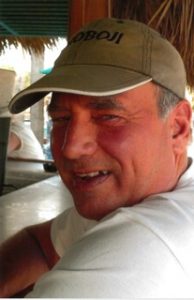 A funeral service was held on Wednesday, August 9, 2017 at 10:30 a.m. at the Grace United Methodist Church of Correctionville with the Pastor Ron Rice officiating.  Burial was at the Good Hope Cemetery of rural Correctionville.  The Nicklas D. Jensen Funeral Home of Correctionville is in charge of the arrangements.  Online condolences can be made at nicklasdjensenfh.com

He attended country school at Rural School Summit #2 through the 7th grade and graduated from Eastwood High School in 1971.  Brad then went on to study in the Ag Program at Iowa State University.

He was united in marriage to Karen D. Finzen on June 22, 1973 in Correctionville, Iowa.  To this union, three children were born.

Brad devoted his entire lifetime to Triple U Ranch and the cattle business operation.  The ranch was his heart and soul, and he was dependent on the partnership of his dad and two brothers, Craig and Kirk.

He enjoyed helping his children raise and show cattle and was a supporting member of Rock-Kee-Union 4-H Club.

In addition to doing the work that he loved — farming, buying and selling cattle — he also enjoyed hunting, fishing, going to Iowa State games, golfing, skiing in Colorado and water skiing in Okoboji.

It was important to Brad that everyone know giving blood is essential and appreciative as a cancer patient. His life depended on it for the last 21 months of his illness.

He also leaves his beloved companion and friend — Tami Clarke of Beaver Falls, Pennsylvania — and her sons, Michael and Matthew Clarke.

Brad was preceded in death by his parents and his sister, Sherrie.