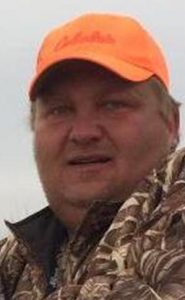 Funeral services were held at 11:00 a.m. on Wednesday, August 23, 2017 at Moville United Methodist Church in Moville, Iowa.  Burial will be at a later date. Waterbury Funeral Service of Sioux City is in charge of arrangements.

Jeffrey was born July 28, 1980 in Cherokee, Iowa the son of Larry and Terri (Daly) Koehn. He was raised in Moville, attending school and graduating from Woodbury Central in 1999. Jeff continued his education at Western Iowa Tech Community College and received a degree in Ag Business.

He married Kara Penning March 16, 2013 in Moville. Together they made their home on the farm near Kingsley. Over the years, Jeff farmed on the family farm. He also drove truck for some local businesses.

Jeff was a member of Trinity Lutheran Church in Moville and Ducks Unlimited. He lived and breathed hunting. His favorites were duck, goose, pheasant and deer. Jeff was also a fan of the Hawkeyes and the Chicago Bears.

He is preceded in death by his grandparents and mother-in-law, Janet Penning.