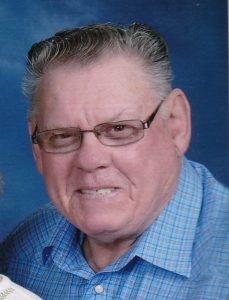 Expressions of sympathy may be expressed to the family through www.rexwinkelfh.com.

Following high school, he farmed with his father in Preston Township.

He was united in marriage to Joan Tammen on August 19, 1966 at St. John’s Evangelical Lutheran Church in Craig, Iowa.

Their first home was on an acreage southwest of Craig.  Shortly after, they started farming west of the Plueger family farm from 1966 until 1986. They enjoyed their neighborhood club and raising their families together.

In 1986, they moved to the Plueger family farm, where they resided until their home was lost in a fire in April of 2017.  They then moved to Le Mars and enjoyed their retirement home.

Melvin was a longtime member of St. John’s Evangelical Lutheran Church in Craig.  He served at the church by acting as deacon, treasurer, usher, and church council member, and he rang the church bell for many years.  He enjoyed their Annual Humor Sunday at St. John’s Church.

He served on the ASC Board for Plymouth County and Farm Bureau.  He was a member of the Pioneer Machinery club, where he liked showing his International Harvester antique tractors.

Melvin volunteered for many years at the pancake breakfast for the Brunsville American Legion Post 724.  He also enjoyed bowling in Akron and taking trips to Branson.

In 2014, he and his family received the “Century Farm Award” at the Iowa State Fair.

Melvin enjoyed having coffee and sharing jokes with his many friends.  But most of all, he loved the times spent with his family, especially his two grandchildren.

Survivors include his wife of  51 years, Joan of Le Mars, and his daughter; Laurie (Mark) Schweitzberger of Kingsley, Iowa, and their son, Jacob and daughter, Jordyn.

He was preceded in death by his parents, George and Helen Plueger.