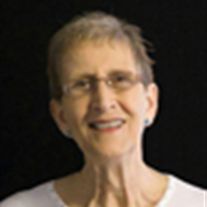 Linda Jean Tietsort, daughter of Victor Lewis and Mae Belle Irene (Florke) Baker, was born June 13, 1947 in Sioux City, Iowa. She was baptized and confirmed into the Lutheran faith at the Salem Lutheran Church in rural Correctionville, Iowa.

She started her schooling by walking down the road from their farm to a nearby country school. She then attended school in Pierson, Iowa from third to eighth grade. Linda then attended high school in Kingsley, Iowa and went on to graduate from Kingsley-Pierson High School.

After high school, Linda attended the Stewart’s School of Hairstyling in Sioux City. In the fall of 1965, she met Lyle Tietsort and they were later united in marriage on June 24, 1967. After their marriage, Lyle and Linda made their home in Battle Creek, Iowa.

Shortly after the birth of their first child, David. Lyle was sent overseas to serve his country during the Vietnam War, so Linda moved in with her parents. After his discharge from the service, Lyle & Linda made their home on a farm outside Battle Creek, where they raised their kids.

Linda was a hard worker who worked side by side with Lyle on the farm while milking cows and later raising minks. She also was a loving and caring wife, mother and grandmother who dedicated her life to her husband, children and grandchildren.

As her kids grew older, Linda worked at the Dairy Queen and often was still styling hair for family and friends. In December of 1990, the family moved to Kirkman, Iowa where together they worked for Rex Adams at his chicken farm.

In 1997, they moved to Irwin, Iowa and Linda began working for Earl May in Harlan and then later at the Country Store in Irwin where she worked until her retirement in 2011.

Linda died on August 28, 2017 at her home in Irwin surrounded by her loving family.

She is survived by her husband of 50 years, Lyle Tietsort of Irwin; her children: David Tietsort and Janet Ladehoff, both of Irwin; Janice and her husband Eric Calhoon of Defiance, Iowa; and Darian Tietsort and his wife Jo of Council Bluffs, Iowa; her mother, Mae Belle Irene Baker of Sergeant Bluff, Iowa; 10 grandchildren; 5 great-grandchildren; brothers and sisters: Robert Baker and his wife Marie from Ida Grove, Iowa; Gaylen Baker and his wife Peggy of Salix, Iowa; Julie and her husband Dennis Walling of Anthon, Iowa; and Lonny Baker of Sergeant Bluff; nieces and nephews; other relatives; and many friends.