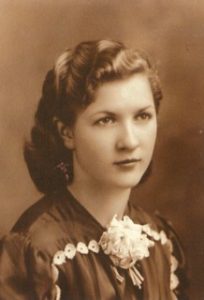 A funeral service was held on Tuesday, September 5, 2017 at 2:00 p.m. at the Nicklas D. Jensen Funeral Home of Correctionville with the Rev. officiating.  Burial was at the Mount Saint Joseph’s Cemetery of Anthon.

She was united in marriage to Harold Francis McDermott on July 3, 1939.  To this union, three children were born.  They farmed in Mapleton, Iowa until retirement in 1984, when they moved to the family home in Washta, Iowa.

Family was very important to Loy. She centered her life around her children, grandchildren and great-grandchildren.

She is also survived by a sister, Glee Gustafson of Wayne, NE.

She was preceded in death by her parents; her husband, Harold; a son-in-law, Don Hoag; a daughter-in-law, Bev McDermott; a grandson, Dean Hoag; and six siblings.