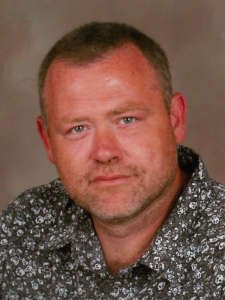 Keith D. Mellies, age 51, of Moville, passed away on Saturday, September 16, 2017 at his residence of Moville.

A funeral mass will be held on Friday, September 22, 2017 at 10:00 AM at the Immaculate Conception Church of Moville with the Msgr. R. Mark Duchaine officiating.  Burial will be at the Arlington Cemetery of Moville with military rites conducted by the American Legion Wink – Sparks Post #303 of Moville.

A visitation will be held on Thursday, September 21, 2017 from 5:00 PM – 7:00 PM with a vigil prayer service at 7:00 PM at the church. The Nicklas D. Jensen Funeral Home of Moville is in charge of the arrangements.  Online condolences can be made at nicklasdjensenfh.com

Keith D. Mellies was born July 26, 1966 to Helen (Schwebach St. Peter) and Robert Mellies in Iowa City, Iowa. He was a graduate of Woodbury Central High School in 1985. Upon graduation, he joined the Marines where he stood guard of Marine One for Ronald Reagan from 1986-1987.

Keith lived and worked in Sioux City and Moville his entire lifetime. He worked at AGP, Soo Tractor, and Besser Company, all in Sioux City, as well as at J & J Motor and the Epling Farm in Moville. He was a member of the Immaculate Conception Catholic Church of Moville.

He enjoyed reading and always carried his Kindle with him, fishing, and shooting weapons. He was always willing to help others and could easily make you smile. Keith will be remembered as a devoted and loyal friend, family member and father.

He is also survived by 13 aunts and uncles and numerous cousins and friends.

He was preceded in death by his grandparents, Theodore and Natalia Schwebach and uncles, Marvin and David Schwebach.