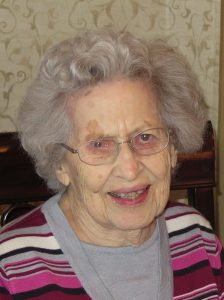 Expressions of sympathy may be directed through www.mauerjohnsonfh.com

She attended school in Merrill, Iowa graduating in 1938.  Mildred went on to attain her teaching certificate at Wayne State College in Wayne, Nebraska.

In 1940, after college, Mildred returned to Northwest Iowa to teach in a one room country school in Plymouth County.  She met a good looking young farmer named Laverne Kurtz.

Mildred and Laverne were married November 26, 1941 in Kingsley, Iowa, and they began farming in Plymouth County.

In the 1960’s, Mildred and Laverne moved into Kingsley to operate Sheehan Produce and began taking in eggs and cream. Soon after that, they included Nutrena Feeds, and later, DEKALB Seed Corn.

Mildred handled the bookkeeping chores at the store. They moved the business to Main Street in Kingsley and changed the name to Kurtz Feed Service.

In November of 1991, with their extended family and many friends present, Mildred and Laverne celebrated 50 years of marriage at the Kingsley Community Center.

Mildred had many hobbies and interests. She loved spending time with her grandchildren  great-grandchildren. She was an avid gardener and reader.

Mildred and Laverne also enjoyed traveling.  She also owned many beloved pet dogs and cats during her life.

Mildred was preceded in death by her mother and father, Josephine and Nis Ahrendsen; her husband of 65 years, Laverne, on December 20, 2006; a brother, Melvin Ahrendsen, and an infant brother, Bernhart. 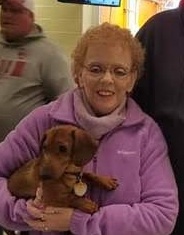