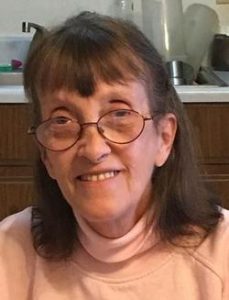 Funeral services were held at 2 p.m. on Tuesday, October 10 at Waterbury Funeral Service of Sioux City. Military Honors were provided by the Navy.

Debbie was born on June 28, 1952 in Sioux City, the daughter of Virgil and Betty (Price) Bennett. After graduating from school, she attended college.

In 1981, she enlisted in the Navy. After her honorable discharge, she worked at CT Variation in Fremont, Nebraska from 1998 to 2002.

Most recently she worked at Care–Core in Fremont as a secretary/receptionist. Debbie moved to Moville in 2015.

Debbie enjoyed being a grandmother. Debbie’s favorite season was autumn.