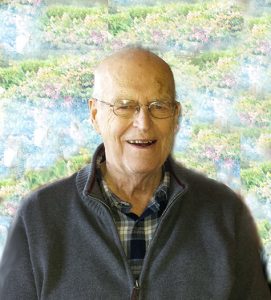 A private service will be held at a later time. Arrangements are under the direction of Rush Family Care Service of Onawa, Iowa. Condolences may be left online for the family at www.rushfamilycareservice.com.

During his time in Burlington, Iowa, he was an active member of the Optimist Club, the Steamboat Days committee, Faith Lutheran Church and many other volunteer organizations.

Following retirement in 1990, he and Harriet enjoyed being full-time RV travelers for 21 years, traveling throughout the United States, including Alaska.

Bob and Harriet enjoyed playing cards with friends and family, as well as spending time with their daughters’ families in the summer.