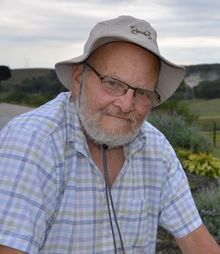 He met the love of his life in 1990. He married Mary Ann Braddy in April of 1992 at St Casmir’s Catholic Church in Sioux City and became a father.

Frank loved a camera like his mother. He & Mary Ann did wedding photography on weekends for many years. He was a bird watcher, enjoyed fishing and hunting, history, reading always, played Trivial Pursuit, canasta and so much more.

He was preceded in death by his parents and sisters – Sylvia F Banys & Shirley Greeny.