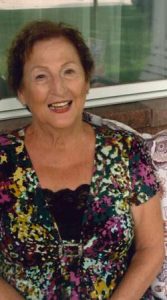 Visitation will be held Thursday, November 9, 2017, from 5-8 P.M. at the Moville United Methodist Church. Funeral Services will be held at 10:30 a.m. on Friday, November 10, 2017, at the church with Rev. Harold Werley officiating. Burial will be in Arlington Township Cemetery following the service.

Lois was born May 19, 1932 near Oto, Iowa, the daughter of Arch and Helen (Livermore) Bolles. She grew up in the Moville area graduating from Moville High School in 1950. She married Willard Countryman on December 28, 1950 and together they made their home on a farm near Moville. In 1975 they moved into the town of Moville.

Lois stayed home and raised her children before working a few years as a nurse’s aid at St. Luke’s Medical Center. Her true calling was her job as the Elementary Librarian at Woodbury Central. She retired in 2008 after 32 years of service.

Lois was a member of the Moville United Methodist Church and the Women’s Guild. She belonged to the Moville Women’s Club and also helped at the Moville Senior Center. She enjoyed the company of her friends while playing dominos and cards, shopping, and just visiting.

Lois’s family was her greatest treasure, and she was blessed with many family gatherings throughout her life. Lois was the biggest fan of her grandchildren and great-grandchildren and enjoyed attending their many activities.