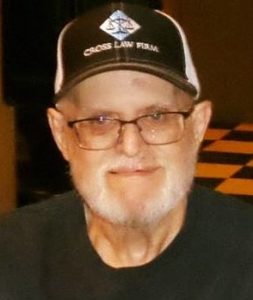 Robert “Bob” Boorom, 78 of Moville, Iowa, passed away on Wednesday, November 8, 2017 at an Omaha, Nebraska hospital after a brief illness.

Funeral services were held at 2:00 p.m. on Saturday, November 11 at the Southern Hills Baptist Church in Sioux City. Bob was a huge sports fan, so attendees were asked to wear the jersey of their favorite team. Pastor Dave Miller officiated.

Burial was in Arlington Cemetery in Moville, Iowa. Online condolences may be sent to www.meyerbroschapels.com.

Bob worked for IPS, now MidAmerican Energy Company, for 37 years, retiring in 1995.  In his younger years, Bob also worked as a lifeguard.

Bob enjoyed attending his grandchildren and great grandchildren’s sporting and school events. He was a fan of the New York Yankees, the Green Bay Packers, the Los Angeles Lakers and the Iowa Hawkeyes, and he enjoyed watching all sports.

Bob loved to play cards at the bar, but he did not drink. He loved to play golf, fish, play scratch and lottery tickets and travel, especially to Texas. He enjoyed discussions, also known as arguments.

Bob was preceded in death by his parents; his wife Peggy; three brothers: Lyle, Roger and Richard; and his son-in-law, Tom Weitzel.