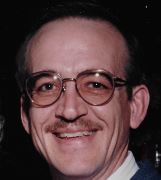 James W. Bligh, age 68, of Cushing, formerly of South Sioux City, passed away on Saturday, November 18, 2017 at his home of Cushing.

A funeral service was held on Wednesday, November 22, 2017 at 10:30 a.m. at the Nicklas D. Jensen Funeral Home of Correctionville with the Pastor Ron Rice officiating.  Burial was at the Cushing Cemetery of Cushing.

The Nicklas D. Jensen Funeral Home of Correction-ville is in charge of the arrangements.  Online condolences can be made at nicklasdjensenfh.com.

James Walton Bligh was born the second of four children to Allan and Edna Bligh on October 29, 1949 in Norfolk, Nebraska.

From the time he was 13 years old until his graduation from South Sioux High School, he worked for Dr. R. R. Billar at the SSC Animal Hospital.

After graduation, he attended the University of Nebraska School of Technical Agriculture in Curtis, Nebraska, obtaining an Associate’s Degree in Veterinary Technology in May of 1971.  He then assumed the position of Veterinary Technician with Dr. Billar until April 1995.

Jim had a passion for all animals throughout his entire life.  In 1995 he went to VT Industries in Holstein, Iowa, retiring after an enjoyable 21 years of employment in March of 2017.

Jim married the love of his life, Denise Borgheiinck Harder, on August 24, 1996.

Jim fought bravely the last few months after his leukemia diagnosis, sharing and showing his love for all of the family and friends around him.

Denise took care of “Jim Honey” with the most absolute love and respect.

In his younger years, Jim enjoyed trapping, hunting and fishing as well as photography.  He was a man who spoke his mind with integrity, love and compassion along with a kind and giving heart.

He is survived by his loving wife, Denise of Cushing, IA; his mother, Edna; a son, Jason (Christy); daughters Chris Dunlap, Darla (Gene) Geiger and Dana (Doug) Beach; and 10 grandchildren and one great-grandchild.

He is also survived by brothers Robert (Tanya) and Dennis (Gloria) and a sister, Marilyn (Sajith) Kumar.

Jim was preceded in death by his father Allan and a granddaughter, McKenzie Cummins.