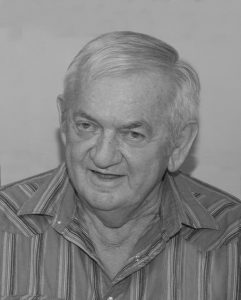 Private services will be held at a later date under the direction of the Armstrong-Van Houten Funeral Home of Anthon, Iowa.

He enlisted into the United States Army in February of 1957 and served at Fort Chaffee in Arkansas, Fort Bliss in Texas and Red Canyon in New Mexico.

Paul was a cook and also did construction work while enlisted. He was honorably discharged in January 1963.

When Paul left the service, he returned home to Anthon, IA, to help on the family farm. Farming would become his lifelong career.

Paul’s love for collecting and antiques eventually led to him opening Emma G’s Antiques in Anthon in the late 1980’s.

Paul was blessed with five children. He will be remembered for his pumpkin pies and venison jerky. Paul was a member of the McNiff Post #389 of Anthon, IA, for 45 years.