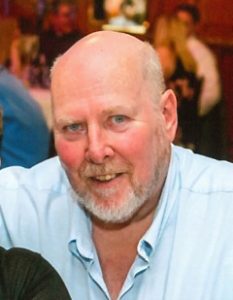 A memorial mass will be held on Friday, December 8, 2017 at 11:00 a.m. at the Immaculate Conception Catholic Church of Moville with the Msgr. R. Mark Duchaine officiating.

Burial will be at the Arlington Township Cemetery of Moville. A visitation will be held one hour prior to the service starting at 10:00 a.m. at the church.

He was a graduate of Anthon-Oto Community School. Then he earned a certificate in meat cutting from Western Iowa Tech.

Mark was united in marriage to Cindy Rumohr on July 24, 1971.  They were blessed with two children, Chad and Therese.  The family made their home in Moville, Iowa, where Mark and Cindy have spent the past 46 years.

He is survived by his wife, Cindy Coyne of Moville, IA; daughter, Therese and husband Trever Case of Sioux City, IA; granddaughters, Jadyn and Jenna Case; and sister, Marie and husband Lynn King of Correctionville, IA.

He was preceded in death by his parents and his son, Chad Coyne.