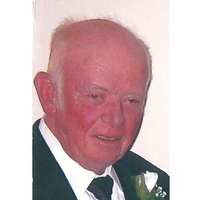 Memorial services will be held at 1:30 p.m. on January 6, 2018 at Brockhaus-Howser-Fillmer Funeral Home in Norfolk. John Petersen will officiate. A gathering for family and friends will take place after the services at the VFW.

On April 24, 1964, Jim was united in marriage to Diane Parker in Norfolk. They were blessed with 53 years of marriage and two children, Wendy and Barry.

Jim lived in Norfolk and was a truck driver for Affiliated Foods for 43 years.

He was preceded in death by his parents, Arthur and Dorothy Brown; and sister, Meriby Brown.