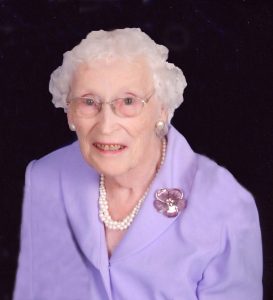 Anne was born on August 27, 1929 in Anthon, Iowa to the late Frank Lyon and Willa Clark Lyon.

She was preceded in death by her husband, Claire M. Wulff, and a grandson, John Wulff, Jr.  She is survived by a son, John Wulff and his wife Merlene of Lindale; daughters Linda Timmons and her husband Tim of Mineola and Marsha Wulff and her husband Kent Nagel of Carmel, CA; nine grandchildren: Matthew Wulff of Lindale; Richard Long of Ft. Worth; Ouida Sanders of Chapin, SC; Rebecca Vidacovich of Edmond, OK; Kit Sheffield of Dallas; Roseanne Pierre of Carmel, CA; Bonnie Almog of Austin; Brian Sheffield of Houston; and Cassandra Almog of Dallas; fifteen great-grandchildren and three great-great-grandchildren.