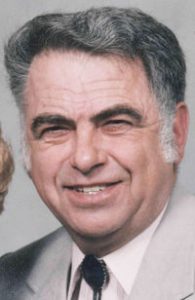 Services were held at 10:30 a.m. Saturday, Dec. 30 at St, Michael Catholic Church in Kingsley with Msgr. Duchaine officiating. Burial was at Banner Township Cemetery in Lawton, with military rites provided by the U.S. Army.

Rohde Funeral Home in Kingsley was in charge of arrangements. Online condolences may be sent to rohdefh.com. Memorials may be directed to the St. Michael Catholic Church in Kingsley.

Donald Gene Zenor was born July 25, 1935 in Sioux City, the son of Chester and Lucile (Hefner) Zenor. He was raised on his parent’s farm, attending rural school until he went to Lawton High School, where he graduated in 1953.

On August 3, 1957, he was united in marriage to Ramonde Cusson. After their marriage, they lived in Sioux City, where Don worked at Purina.

In 1961, Don’s father retired from farming, so Don and Monde returned to the family farm where they took over the farming duties.

Don enjoyed farming up until his retirement in 1999. He collected antique farming equipment and restored it or kept it as it was, provided that it was in running condition.

Don was a member of St. Michael Catholic Church of Kingsley.

Don was preceded in death by his parents; his aunt, Fran Hefner and his son-in-law, Mark Bowman.