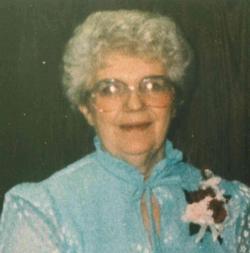 Private family services will be held at a later date at Arlington Township Cemetery in Moville.  Arrangements are under the direction of Waterbury Funeral Service of Sioux City.

Alice was born on July 10, 1927 in Correctionville, Iowa, the daughter of Walter and Viola (Dicus) Short.

She graduated from the Bronson High School and then went to a Teacher’s College. She taught in Anthon and several other country schools.

On December 28, 1951 Alice was united in marriage to Cecil R. Van Laningham in South Sioux City.

She worked at various area business, including Graham Flying Service. She retired from Avis Rent-A-Car in the mid-1990’s.

Alice is survived by numerous nieces and nephews.

She was preceded in death by her parents, her husband Cecil, and eight siblings.