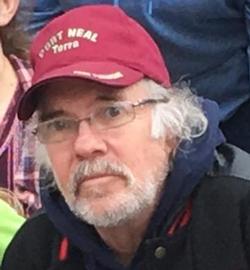 Visitation will be 4:00 to 7:00 Thursday at the Church. Burial will be in Arlington Township Cemetery in Moville. Waterbury Funeral Services of Sioux City are in charge of arrangements.

Ricky was born April 19, 1956 in Sioux City, Iowa the son of Verlyn and LaVonne (Ragan) Schmidt. He grew up on a farm near Moville and graduated from Woodbury Central High School in 1974.

Over the years Ricky was employed at several different businesses and schools throughout the area. He was a jack of all trades. He loved tinkering with automobiles, motorcycles and anything else he could get his hands on.

He is preceded in death by his mother; step-mother, Phyllis Schmidt; and step-brother, Mark Hons.