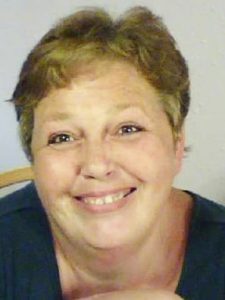 Funeral services was held Monday, January 29, 2018 at 11:00 a.m. at the Rohde Funeral Home in Kingsley, Iowa, with Roy Struble officiating.  Online condolences may be sent to rohdefh.com.

The world became a better place on June 5, 1957 when Beverly (Tammy) was born to Joseph and Marilla (Handke) Keleher in Sioux City, Iowa.  She was the oldest of six children growing up in the Sioux City and Bronson areas.  She graduated from Lawton-Bronson High School.

On June 25, 1994 she married the love of her life, Dennis Gardner.  Together they raised their children in Moville, Iowa.

Tammy enjoyed spending time with her family. She was an avid reader, and she enjoyed cooking and fishing.  Marble beach was her favorite fishing spot.  Tammy had a very positive impact on everyone she met.

Those left to cherish her memories are her husband Dennis of Moville; her mother, Marilla Keleher of Lawton, IA; three daughters: Charity (Jim) Gebel of Moville, IA; Trish (Ryan) Buckholtz of Sergeant Bluff, IA; and Ashton Gardner of Moville, IA.

Tammy has 23 grandchildren and one great-grandchild, as well as several nieces and nephews.

She was preceded in death by her daughter, Brandee Bruce; her father, Joseph Keleher; and several in-laws.