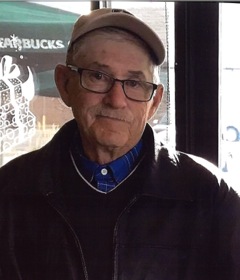 Gary L. Sobieski, age 75, of Correction-ville, passed away on Saturday, January 27, 2018 at the Mercy Medical Center of Sioux City.

Memorials made be directed to Mercy Medical Center Palliative Care.

Gary L. Sobieski was born May 13, 1942 to Russell and Maurine (Goddard) Sobieski in Correctionville, Iowa.

Gary spent his entire life living in Correctionville, graduating from Correctionville High School.  Upon graduation, he worked for Simonsen Inc. in Quimby as well as being a lifelong farmer.

Gary was united in marriage to Alice Gothier on February 9, 1963 in Correctionville.  To this union three children were born.

He was a member of Grace United Methodist Church, Rock-Kee-Union 4-H leader and clerk of Rock Township.

Gary was an avid NASCAR fan, and he enjoyed fishing and golfing.

Gary was preceded in death by his father, Russell Sobieski, and his maternal and paternal grandparents.