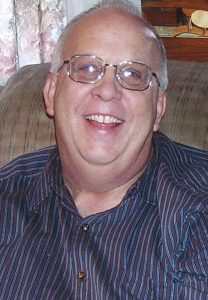 Rodney E. “Rod” Benedix, 62, of Maquoketa, Iowa, passed away on Saturday, February 3, 2018, at the University of Iowa Hospitals and Clinics in Iowa City, Iowa.

Cremation rites have been accorded.  Online condolences may be left at www.CarsonAndSon.com.

Rod was a 1973 graduate of Moville, Iowa High School and then earned a Bachelor of Arts degree from the University of Northern Iowa in 1977 and his music endorsement from Loras College in Dubuque in 1992.

He married Rebecca Ann Conry on July 28, 1979 in Moville, Iowa, and they had two children: Ashley Ann-Marie and Katherine JoAnn.

Rod was of the Lutheran faith being baptized on November 27, 1955 in Correctionville, Iowa, and confirmed on May 4, 1969 in Holstein, Iowa.

He had been a longtime member of First Lutheran Church in Maquoketa where he had served as a part-time organist from 1983 to 2017.

He had also been a former member of the Iowa State Education Association and the Iowa Choral Directors Association.

Rod loved his family and especially loved giving presents at Christmas and birthdays.

He especially enjoyed cooking Thanksgiving dinner with his Aunt Katherine for 20 years, having lunch with Katie, always knowing that Ashley had his back, watching Becky change the decorating in the house each and every holiday, taking his mom out to lunch at Red Lobster and shopping with her at Younkers, and family time with his girls.

In lieu of other expressions of sympathy, a Rodney E. “Rod” Benedix memorial fund has been established with funds being divided towards the following:  a scholarship for a Maquoketa High School graduate who is a continuing vocal music major, First Lutheran Church Choir fund, and Trinity Lutheran Church in Moville, Iowa towards the kitchen fund.