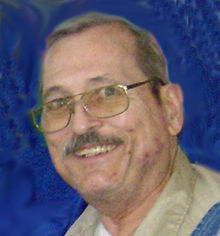 Memorial services were held at 3:00 p.m. on Sunday, February 25, 2018 at the Rush Family Chapel in Onawa, Iowa, with Pastor Catie Newman officiating. Military honors were provided by the United States Army. Burial will take place at a later date in the Cobb Cemetery outside of Groesbeck, Texas.

Arrangements are under the direction of Rush Family Care Service in Onawa.  Condolences may be left online for the family at www.rushfamilycareservice.com

Jan was born on January 15, 1954 in Freeport, Texas, the son of Jack A. and Joy Dell (Cotton) Rasco. He graduated from Pan American High School in Rio de Janiero, Brazil.  He then served in the United States Army Security Agency from August 18, 1975 to August 17, 1978.

In 1981, he received a degree in Mechanical Engineering/Environmental Science from the University of Houston.

Jan last worked as an engineer and trainman for Burlington Northern Santa Fe Railroad before his disability from an injury forced him to retire.

Throughout his life, Jan lived in many places — the countries of Norway and Brazil, various towns in Texas (Houston, Groesbeck, and outside of Thornton), and outside of Hornick, Iowa. He considered Texas to be his home.

Survivors include his wife, Patricia Rasco of Hornick, IA; his children: Caitlin Rasco of Sioux City, IA and Jacob, Caleb, and Matthew Rasco, all of Hornick, IA; two sisters and their husbands, Tori and Mike Matton of Annapolis, MD and Sunny and Aidan Downing of England; his mother-in-law, Nanne Folsom of Salix, IA; and many nieces and nephews.

He was preceded in death by his parents, Jack and Joy Dell (Cotton) Rasco; his grandparents; and his father-in-law, Dick Folsom.

Memorials may be directed to the family for future designation.