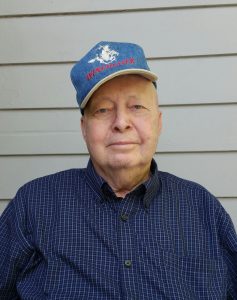 A funeral service will be held at 10:30 a.m. on Wednesday, March 14, 2018 at the St. John’s United Methodist Church of Mapleton, Iowa. Rev. Jena Manchester will officiate, with Committal Services following in the Bethel Cemetery of rural Anthon, Iowa.

The Armstrong – Van Houten Funeral Home Mapleton, Iowa is in charge of the funeral arrangements. Condolences may be sent online www.armstrongfuneral.com.

Larry Gaylord Bumsted, the son of Gaylord and Helen (Bueoy) Bumsted, was born on June 6, 1936, in rural Woodbury County, Iowa.  He grew up on a farm between Oto, Iowa and Danbury, Iowa, where he attended Miller No. 6 country school.

Larry graduated with the class of 1955 at Oto High School. He was involved in basketball and set a state track record.

On June 5, 1982, Larry married Jean A. Holden. Larry welcomed Jean’s children Jodi and Jeff.  Larry and Jean made their home on the farm until 2012, when they moved to Mapleton, Iowa.

Larry served as fire chief for the Oto Fire Department, was on the Farm Bureau Board, was a trustee for Grant Township, a past Anthon-Oto school board member, drove bus for the Anthon-Oto and Woodbury Central districts for 42 years, and was a police officer for the city of Anthon and Moville. Larry was a faithful member of the St. John’s United Methodist Church of Mapleton.

He is preceded in death by his parents and two infant children, Gregory and Cynthia.