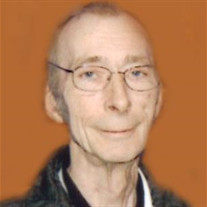 Rodney Harold Olsen, 74 of Kingsley, Iowa, formerly South Sioux City, Nebraska, died on Saturday, March 10, 2018, at Unity Point Health St. Luke’s in Sioux City, Iowa.
A Memorial service will be at 7:00 PM on Wednesday at Christy-Smith Morningside Chapel located at 1801 Morningside Ave. Sioux City, Iowa 51106 with the Chaplain Kathy Yoder officiating. Interment will be at a later date in Ponca Cemetery, Ponca, Nebraska, NE.
Public visitation will be from 5:00 PM to 8:00 PM and family will receive friends 6:00 PM to 8:00 PM on Wednesday, March 14, 2018, at Christy-Smith Morningside Chapel, 1801 Morningside Ave., Sioux City, Iowa.
Online condolences may be made to the family at www.christysmith.com
Rodney was born Nov 13, 1943 at Ponca, NE to Harold and Ida (Gasser) Olsen. He was raised on the family farm and attended school at Martinsburg, NE. He served in the US Army during the Vietnam War and was honorably discharged as a Sergeant.
He went to work for the Sunshine Food Stores in Sioux City and South Sioux City. He started in the meat department as a meat cutter and later served as a manager for the meat departments in all the stores retiring when the last store closed. He later went to work at Western Iowa Technical College in the custodial department for another 17 years retiring again in the fall of 2017.
Rod loved to tinker with his old car, lawn mowers and other small engines.
Survivors include his wife Brenda Olsen of Kingsley, IA, 2 step children Nathan Sargisson of Des Moines, IA, Nicole Lindgren and her husband Kirk of Kingsley, IA, 5 step grandsons, 2 special cousins Doug Nieman and his wife Sandy of LeMars, IA, Cheryl Hurlbert and her husband Kevin of Sioux City.
He was preceded in death by his parents.
Posted in Obituaries