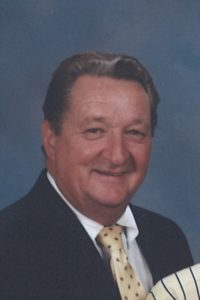 Jerry J. Smith, age 81, of Spirit Lake, formerly of Correction-ville, passed away on Sunday, March 11, 2018 at his home of Spirit Lake.

A funeral service was held on Tuesday, March 20, 2018 at 10:30 a.m. at the Grace United Methodist Church of Correctionville with Pastor Ron Rice officiating.  Burial will be at a later date.

Military rites were conducted by the American Legion Mumford-Moon Post #79 and the Sioux Valley VFW Post #1750 both of Correctionville.  The Nicklas D. Jensen Funeral Home of Correctionville was in charge of arrangements.

Jerry Jay Smith was born November 28, 1936 to Wayne and Mildred (Foster) Smith in Correctionville, Iowa.  He was a graduate of Correctionville High School in 1954.

He went on to earn a degree from Morningside College in Sioux City. In 1973, Jerry graduated from Western State College of Law.

Jerry was united in marriage to Kathryn Luise in Las Vegas, Nevada on October 11, 1980.  The couple raised their family in Barstow, California.

He worked for Southern California Edison. He was a Corporate Lawyer and an Attorney at Law family practice in Iowa, retiring in 1995 and moving back to Correctionville, Iowa.

Jerry was preceded in death by his parents, Wayne and Mildred Smith, and a son, Parker Smith.