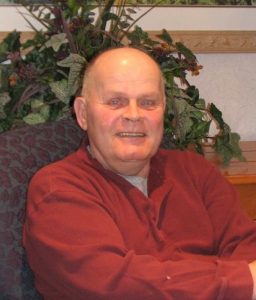 A funeral service will be held on Saturday, March 24, 2018 at 11:00 AM at the G.A.R. Hall of Correctionville with Clif Cockburn officiating.  Burial will be at a later date. Military rites will be conducted by the American Legion Mumford – Moon Post #79 and the Sioux Valley VFW Post #1750 both of Correctionville.  There will be no visitation.

The Nicklas D. Jensen Funeral Home of Correctionville is in charge of the arrangements.  Online condolences can be made at nickladjensenfh.com

Bernard “Butch” Leroy Siefke was born August 7, 1944 in Cushing, Iowa to Elijah and Opal (Scott) Siefke.  He was baptized at Sioux Falls Baptist in Sioux Falls, SD.  Butch attended Correctionville High School and then joined the U.S. Navy in 1961.  He served in Vietnam and was discharged in 1965.

Butch earned his G.E.D. from the Armed Forces Institute in Madison, Wisconsin.  He was united in marriage to Debbie Mullen on September 10, 1986.

Butch is also survived by his special friends, Ron and Lena Whitesell who have been more like family than friends over the years.

He was preceded in death by his parents; an infant sister and sister, Janet Jenkins.