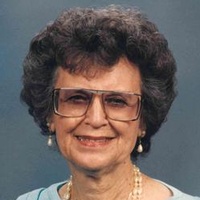 Services will be held at a later date. Arrangements are under the direction of Waterbury Funeral Service of Sergeant Bluff.

Beulah was born April 22, 1921 in Plaza, North Dakota, the fourth daughter of George and Maime Klemenhagen.

She married Karl Aamot, Sr. of Makoti, ND in 1942 and became a war bride, following Karl from camp to camp. On Karl’s return from the European Theater, they started their family in Makoti, ND.

They had three children: Randall Karl, Karl Elvin and Deborah Kay. She was blessed with 6 grandchildren and 16 great grandchildren.

In 1956 Beulah returned to elementary education and in 1964 Beulah was selected by the State of North Dakota to receive training in the field of learning disabilities.

She was a member of the first graduating class at the University of North Dakota, Grand Forks, to receive the Learning Disabilities Specialist Credential (Master’s Level).

She taught in this field in North Dakota until 1979 when she and Karl relocated to Phoenix, Arizona. While in Phoenix, she taught for another 7 years. She took great joy in teaching and in the lives of the children she taught.

Beulah was most proud of her husband’s war record with the 102nd Infantry Division (Ozarks). She remained a faithful member of the American Legion Auxiliary for 72 years.

Beulah loved music. She sang through her days, and also sang to the glory of God for many years in Hope Lutheran Church in Makoti, ND. She also loved to dance, and enjoyed musical cinema.

As a young girl, her father taught her to play cards well and in her later years she enjoyed bridge, cribbage, pinochle, canasta, and hearts, keeping her mind very sharp in spite of both hearing and sight difficulties.

Beulah was also very dear to her nieces and nephews, drawing near to each in her own special way.