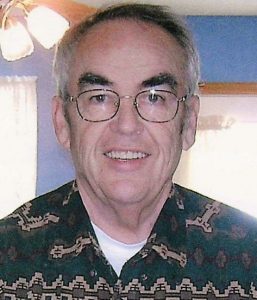 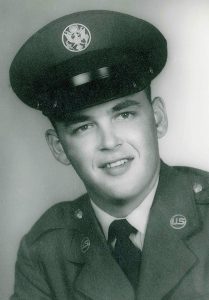 Funeral services was held at 11:00 a.m. on Saturday, March 24, 2018 with Rev. Bill McCarthy officiating at Rohde Funeral Home in Kingsley, Iowa.  Military rites were conducted by the U.S. Air Force will be conducted at the funeral home following the service.

Thomas Eugene Chandler was born May 1, 1942, to Willard F. and Ramona (Kin-sella) Chandler in Sioux City.

Tom grew up in Moville, Iowa, graduating from Moville High School in 1960.  After graduation from high school, he attended college in California until he entered the Air Force, where he was stationed in Cheyenne. Wyoming in the Missile Program.

He married Annie Margaret Wilder in July of 1967. They had two sons, Chad and Cort Chandler.

Following his honorable discharge from the Air Force, he worked in Clinton, with his brother in a dental lab. After that, he moved to Camanche, Iowa. He lived there from 1970-1978, working as a supervisor for the chemical plastic company, Chemplay.

After that, he worked from 1978 – 1980 as a supervisor for a motorcycle helmet company. From 1980 until his retirement in 2007, he was an engineer for Boeing-Ratheon airplane manufacturing in Wichita, Kansas.

Tom married Marilyn Thompson-Mercer on July 22, 2011. After their marriage, Tom and Marilyn made their home in Kingsley, Iowa. Tom always enjoyed his family and spending time with them.

Tom was preceded in death by his parents; a sister, Connie; and a brother, Bill Chandler.