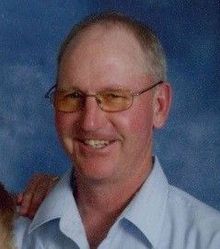 Services were held at 10:30 a.m. on Friday, March 30 at First Lutheran Church in Kingsley. Burial was in the Kingsley Cemetery.

Rohde Funeral Home in Kingsley is handling the arrangements. Online condolences may be sent to www.rohdefh.com.

Dave was born on February 12, 1960, to Glen and Dorothy (Maass) Robinson, in Le Mars, Iowa. He was raised in Remsen, Iowa, graduating from Remsen Union High School in 1978.

He went to NCC in Sheldon, Iowa, where he received a degree in diesel mechanics. While attending college, he worked at Handicapped Village.

Following graduation, he worked at Diesel Specialties in Sioux City for one and a half years. After that, he began working at Wells Blue Bunny in Le Mars, where he worked 34 years.

Dave and Deb Dickman were united in marriage on October 6, 1979 in Kingsley. Following their marriage, Dave and Deb raised their three sons — Jamie, Jared and Jordan — in Kingsley.

Dave loved to take a fun vacation working for Dave and Shelly Krieg on the farm.

Dave enjoyed spending time with his family and friends. He always enjoyed the Remsen Derby and hunting whenever he had the opportunity to do so.