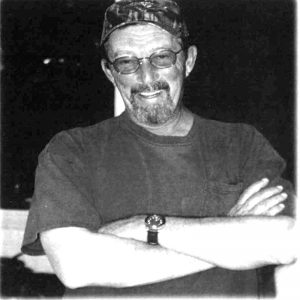 Dick Duane Denlinger, 69, a longtime resident of Moorpark, California, formerly of Pierson, passed away on March 9, 2018 after a long battle with heart disease.

Dick was born September 17, 1948 in Sioux City, Iowa to Esther and Forrest Denlinger, the youngest of four children.

As a child, Dick loved to spend time in the great outdoors, fishing and hunting, which carried over into his adult life.

His sister said that from the time he was a little boy he seemed to always have a fishing pole in his hand.

Dick graduated in 1966 from Kingsley-Pierson High School in Iowa. Later that year he moved to Moorpark to be with his parents and sisters, who had recently relocated there.

Dick served in the Vietnam War as a Marine in 1968 and 1969, earning a Purple Heart, and acknowledgment for his service in the Combined Action Program.

In August 1969 he married Janice Carlson, his high school sweetheart. In 1969 he also began his long time career as an operating engineer.

Dick and Janice became parents with the birth of their oldest daughter Kristi in 1974 and their youngest daughter Stacy in 1976.

Dick was a hard worker and provider to his family. He and Janice created a home that was often filled with family, friends, and good times.

He was known for his practical jokes and his mischievous nature, which could drive people crazy, but also provided them with a lot of laughter and great stories to remember.

In December of 1997, Dick suffered a massive heart attack and we almost lost him.

In the years that followed, Dick was able to see his daughters graduate from college and walk them down the aisle at their weddings. He was able to be a loving grandpa to his granddaughters, Jovie and Kennedy, and to his grandson Everett.

He was able to spend more time with his wife Janice, and although he didn’t get to do it as often as he liked, he was able to do things that he loved like fishing and pheasant hunting. We were all blessed to have these last 20 years with him that we could have so easily lost.

Dick was a good man and was loved by many. He will be greatly missed by his family and friends.

He is survived by his wife Janice; his daughter Kristi, her husband Marcus Konantz, and granddaughters Jovie and Kennedy; his daughter Stacy and her husband Tyler Anderson and grandson Everett; siblings Darlene De Groat, Donald Denlinger, and Sharon Vogel; and nieces, nephews, and cousins who also loved and admired him.