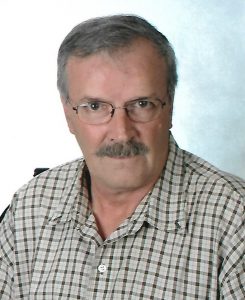 The family received friends from 6-8 p.m. on Wednesday, April 11, 2018 at Owens & Brumley Funeral Home of Burkburnett.

Graveside services with military honors were held at 11:00 a.m. on Thursday, April 12, 2018 at Ft. Sill National Cemetery in Elgin, Oklahoma, under the direction of Owens & Brumley Funeral Home in Burkburnett.

Condolences may be sent to the family at www.owensandbrumley.com

Gary was born on March 8, 1951 in Sioux City, Iowa to Marshall and Canice (Calhoun) Davidson.

He served our country proudly in the United States Army.

Gary was an avid mechanic. He loved working on tractors, enjoyed flying, and was a Ham Radio operator.

He was preceded in death by his parents, Marshall and Canice Davidson; his brother, Tom Davidson; and his grandson, Trevor Hancock.