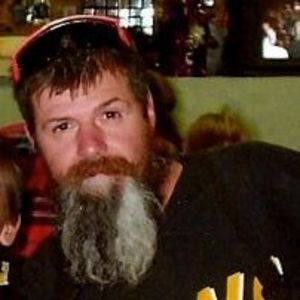 A private funeral service will be given by Pastor Peterson from Mount Calvary Church at Foust Funeral Home on Friday, April 27, 2018 at 2:00. Family and friends will gather for a celebration of life at Rail’s Grill in Eagle Grove immediately after the funeral service.

Joe was born to George and Anka (Kostelac) Mrla in Sioux City, Iowa on October 20, 1960. He was a child of a mother from Croatia and a father who was a first-generation American of Croatian heritage.

As a child he grew up on a family farm in Lawton, Iowa. His parents instilled in him his incredible work ethic.

Joe grew into the typical seventies teenager with long hair. Joe didn’t stop with just long hair; he also grew a long ZZ Top style beard and listened to Meatloaf and Waylon Jennings on eight-tracks. The seventies may have come and gone, but Joe’s beard became his signature look.

Joe had a fierce ability and love of conquering extreme heights even as a child. His height-loving hobby scared the daylights out of his parents but to no surprise Joe became a millwright.

In the late seventies, Joe set out to make a new life for himself in Eagle Grove. One of Joe’s first jobs as a millwright was working on Southeast Farmers Elevator in Elk Point, South Dakota.

Joe had been a dedicated and a top-notch employee for B&E Construction since 1984.

It was in Eagle Grove that he met Patti Asche. He and Patti started a family.

In the early 1990s Joe met Linda Hanson. In 1995 Joe and Linda had Joseph (JJ). Like Joe’s other boys, JJ  inherited Joe’s mechanical mind, his good looks, and of course, that gait of his.

Joe was extremely passionate and dedicated to work. He thoroughly enjoyed being with his coworkers and crew. His crew was like family to him — even though Joe absolutely did not allow his crew members to drive his work truck. No way!

Joe’s grandchildren brought him joy, and he always held a special place in his heart for them. They were his greatest pride.

Joe was preceded in death by his grandson Braeden, his brother Robert, his parents, and Linda Hanson.