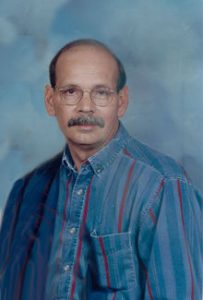 Funeral services were held at 10:30 a.m. on Thursday, April 26, 2018, at the Rush Family Chapel in Onawa, Iowa, with Pastor Catie Newman officiating. Burial will be in the Willow Township Cemetery in Holly Springs, Iowa.

Arrangements are under the direction of Rush Family Care Service in Onawa.  Condolences may be left online for the family at www.rushfamilycareservice.com.

Michael “Mike” Ray Robinson was born on July 9, 1954, in Cherokee, Iowa, the son of Lloyd R. and Lucille (Korleski) Robinson.

Mike attended Meriden and Cleghorn High School. He drove truck for Fredrickson Grain in Meriden, Iowa. He managed Bailey Trucking from 1990 to 1992. Mike was a mechanic at K and B Transportation in South Sioux City, NE from 1992 until present.

He was preceded in death by his parents, Lloyd and Lucille (Korleski) Robinson, and his sister, Mary Theresa Proctor.