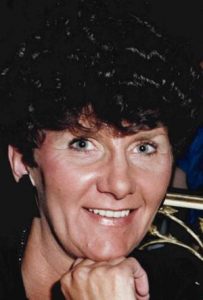 Memorial services will be 11 a.m. Wednesday at Waterbury Funeral Service of Sioux City. Following services, burial will be in Floyd Township Cemetery at Bronson, Iowa. Visitation will be 5 to 7 p.m. Tuesday at the funeral home.

Carole was born on May 19, 1947, in Sioux City. She grew up in Bronson, Iowa. She graduated from Woodbury Central High School in 1965.

Carole was a meter maid for the city of Sioux City for several years. She then moved to Newton, Iowa, where she owned and operated The Silk Daisy and raised her four sons: Charles, Jody, Jeffrey and Casey.

After her sons had grown, she moved back to Sioux City to be close to her mother, siblings, and the Amick family, along with other extended family members.

Once she was back in the Siouxland area, she worked at Sioux City Paint as an interior specialist, retiring in the fall of 2016.

Carole was an avid bowler. She was involved in many leagues throughout the years. She was very artistic and creative, doing stained glass projects, upcycling furniture, interior decorating, crocheting, and gardening flowers.

Carole was preceded in death by her mother, Luella Vermilyea, and her sister, Sheryl “Irene.”

In lieu of flowers, memorials may be directed to the family to be donated to the charity of their choosing at a later date.