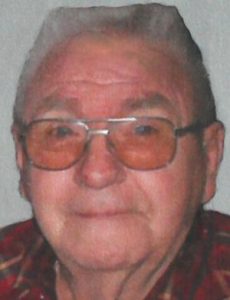 Inurnment will follow in the Fairview Cemetery adjacent to the church, with military honors offered by the United States Army. There will be a time of fellowship following the service.

Arrangements are under the direction of Nelson-Berger Northside Chapel in Sioux City.

Dale was born on May 20, 1936 in rural Moville, Iowa to Vernon and Leona (Wetrosky) Cooper. He graduated from Moville High School in 1954.

After graduation, Dale ventured out West where he was employed at Boeing in Seattle, Washington as an Airframe Repairman and Aircraft Mechanic.

He was drafted into the United States Army in 1958. There, he met and married M. Eileen Dubell on August 17, 1960 at the Hyattsville Baptist Church in Hyattsville, Maryland.

In 1962 they moved to Oregon, where Dale worked in the lumber industry. The couple moved back to Iowa in 1977. Dale worked as a carpenter in the construction industry until his retirement in 2006.

Dale enjoyed woodworking, volunteering, coffee, and chatting with “The 80’s Club” at Misty’s and the 4-Way. And most importantly, he enjoyed his family.

He was preceded in death by his parents; his wife Eileen; his brother Daniel; his brothers-in-law, James Dunnington and Roger Putzier; and his niece, Kelly Cooper.