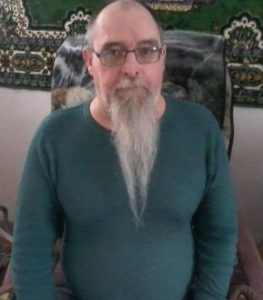 A private family funeral service will be held at the Nicklas D. Jensen Funeral Home of Holstein with Mike Kelley officiating.  Burial will be at a later date.

Daniel E. Graeber was born January 9, 1961 in Hacienda Heights, California.  He was raised in California and moved to Correctionville, Iowa in 1987. He lived there until he moved to Holstein, Iowa in 1999.  He was a longtime VT Industries employee.

He was united in marriage to Julia Graeber and together they raised four children: Tasey, Tiffany, Sheena and JD.  Dan enjoyed woodworking and spending time with family and friends.

Dan was preceded in death by his father and stepmother, Donald and Betty Graeber, and two brothers, Eddy and Tommy and a sister.