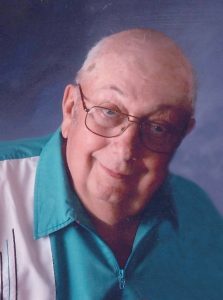 The Armstrong-Van Houten Funeral Home Anthon, Iowa is in charge of the funeral arrangements. Condolences may be sent online www.armstrongfuneral.com.

Howard “Fred” Koerner, the son of Howard F. and Minnie Mae (Paulson) Koerner, was born in Sioux City, Iowa on January 31, 1938. He grew up on a farm south east of Anthon, Iowa, where he attended and graduated from Oto High School.

During his high school career, Fred’s love for sports grew. He participated in baseball, basketball, and track.

In his senior year, Fred put his farming career into motion, renting a farm near Anthon.

On June 2, 1957, Fred married the love of his life, Fern I. Christophersen, in the Trinity Lutheran Church of Anthon. The couple first settled on a farm west of Oto for three years before purchasing Fred’s grandparents’ farm outside of Anthon.

Fred and Fern made this farm their forever home (Century Farm), and they were blessed with eight children: Robert, Sally, Susan, Nancy, Lisa, Julie, Jill, and Stacy.

Fred enjoyed all aspects of farming. He raised dairy cows, stock cows, hogs, and turned the earth to produce a crop.

He helped move grain, trucking for Joe King and Mert Van Houten and later on drove school bus for MV/A-O for 13 years.

You could find Fred tinkering around in the shed with his John Deere mowers, talking farm, or attending church on Sunday morning. With his kind heart and witty sense of humor, this devoted Christian, husband, father, grandfather, great-grandfather and friend will be missed.

Fred was preceded in death by his parents, Howard F. and Minnie Koerner; his in-laws; and his paternal and maternal grandparents.