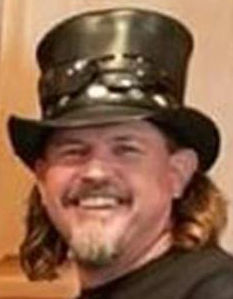 Justin James Davis, 48, of Kansas City, Kansas, formerly of Moville, Iowa, died Tuesday, May 8, 2018 as a result of a motorcycle accident.

Services were held at 11:00 a.m. on Monday, May 14, 2018 at Trinity Lutheran Church in Moville. Waterbury Funeral Service is in charge of arrangements.

Justin was born October 1, 1969 in Davenport, Iowa, the son of Rob and Julie (Klingensmith) Davis. As a young child, he moved with his family to Moville in 1972. There, he attended school and graduated from Woodbury Central High School.

Over the years, Justin lived in Colorado and Phoenix, Arizona before settling in Kansas City, Kansas in 1999.

He owned and operated All Around Landscaping in Kansas City.

Justin loved his motorcycle and was a member of BACA (Bikers Against Child Abuse).

He spent his weekends on charity rides that supported the welfare of children in Kansas City, including groups fighting hunger for children, Toys for Tots, and organizations supporting veterans.

Survivors include his parents, Rob and Julie Davis of Moville; his significant lady friend, Robin Garrett of Kansas City; two brothers, Mike Davis of Springfield, Arkansas and his children: Marissa, Brendan and Trevor, and their mother Tara; and Tom Davis of Las Vegas and his children, Jacob and Cole, and their mother, Michelle; his grandmother, Darlene Davis of Moville; and many aunts, uncles, cousins, other relatives and friends.

He is preceded in death by his grandparents, Paul and Dorothy Klingensmith, and his granddad, Bob Davis.

Justin was a tissue donor so he could help improve many other lives.