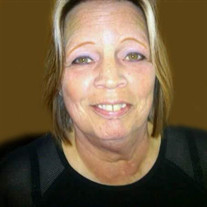 Friends are invited to a Celebration of Sheryl’s life with a balloon release for the family and grandkids to be followed by a grill-out, weather permitting. Otherwise, sandwiches will be provided at the home of James and Stephanie Winbolt, located at 2612 10th St., from 4-7 p.m. on Saturday, May 19, 2018.

Online condolences may be made to the family at www.christysmith.com

Sherlynn was born on December 16, 1954 in Sioux City, Iowa, to Robie and Lenora (Page) Nickols.

She graduated from Lawton-Bronson High School in 1973.

She worked for Iowa Beef Processors for 25 years in the quality control department. Later she worked for Stream/Global in Sergeant Bluff and for Hollywood Video.