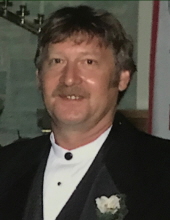 Allen Duane Eskildsen, age 65, of Quimby, Iowa passed away on Thursday, May 17, 2018, at the Cherokee Regional Medical Center of Cherokee, Iowa.

Memorial Services will be held at 10:30 a.m., Wednesday, May 23, 2018 at the Armstrong-Van Houten Funeral Home of Anthon, Iowa. Pastor Karen Handke will officiate.

The Armstrong -Van Houten Funeral Home of Anthon, Iowa is in charge of the funeral arrangements. Condolences may be sent online at www.armstrongfuneral.com

Allen Duane Eskildsen, the son of Alvin and Dorothy (Peterson) Eskildsen, was born on October 9, 1952, in St. Vincent’s Hospital of Sioux City, Iowa. He grew up on a farm by Oto, IA and attended Anthon-Oto High School.

On January 23, 1971, Allen married Patricia “Patti” Price in the Oto United Church of Christ of Oto. Allen and Patti were blessed with three children Terry, Prudence, and Bill. The family lived in the Oto and Cherokee areas before settling in Quimby, IA, where Allen and Patti have called home for the past 15 years.

In the past Allen was a farmer, livestock hauler, and helped build grain elevators. He enjoyed fishing, hunting, and recently woodworking making canes and walking sticks from diamond willow wood found at LaRene’s in Minnesota.